Today on The Ave Podcast, I invite O’Neil Kamaka (St. Mary’s Alumnist. Oakwood Collegiate Asst. Head Coach), as we discuss the early surprises of the season so far. Plus we get into our very early NBA MVP candidates, Kyrie Irving shedding his “Robin” role. Plus O’Neil shares his experience coaching Canadian High school phenom R.J. Barrett on the AAU circuit this past summer, his passion for coaching, the legendary Eastern Commerce vs. Oakwood rivalry, and a lot more.

*** Thanks for tuning in, and don’t forget to subscribe to the podcast and the blog below, and also, the podcasts are now available for download. You can now check out the podcasts on iTunes, Google Play, & Stitcher on your IOS or Android devices. ***

To subscribe to South Shore Ave, click onto the Follow button, and enter your email address, or click onto the RSS Feed. Very special thanks to O’Neil Kamaka for his guest appearance on this podcast. 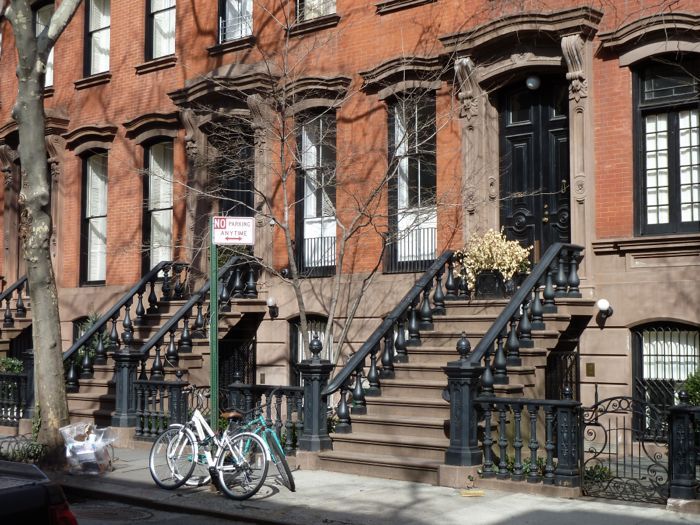 Thanks for tuning in to Season Two of our Mini-Podcast series #TheStoop. I would like to thank everyone who participated to the podcast series this season with their guest appearances, contributions, and inspiration. I would love to thank my guests on #TheStoop this season, in order: Michael Hyatt, Headley, Vidal Chavannes, Jonathan Boxill, DJ Majesty, Shawn Adonis, Kevin W., Hafiz Gafoor, Fashion Designer Stacy Bafi-Yeboa, and Legendary Soca Artist Blaxx. It was a pleasure to have all of you on, & thanks for making this season extremely enjoyable!

Here are all the episodes of #TheStoop from this past season:

1st time guest/Friend of the podcast Michael Hyatt & Headley (Past Contributor to South Shore Ave) join me on the Season 2 premiere. We go down memory lane and take you back to when the most popular street in Canada was the epicenter of Caribana Weekend in Toronto. We discuss what it meant for our generation, share our favorite stories, and its inevitable downfall. https://southshoreave.com/2017/07/31/thestoop-the-adventures-of-yonge-st-caribanaedition/

Educational Consultant Vydal Chavannes & Therapist Jonathan Boxill join me as we take the temperature of the racial climate in 2017, the Charlottesville, VA Nazi protest, and Donald Trump’s influence on the escalating racial divide. https://southshoreave.com/2017/08/23/thestoop-the-race-episode/

DJ Majesty & Shawn Adonis (Past Contributor to South Shore Ave) come on #TheStoop, and break down the 10 year Anniversary of the Graduation v Curtis album battle between Kanye West & 50 Cent, how it affected the music industry, plus more. https://southshoreave.com/2017/09/11/thestoop-kanye-vs-curtis-10yearslater/

Past Contributors of South Shore Ave Headley & Kevin W. come on the show to break down all of the high & low moments from Season 4 of Power.  https://southshoreave.com/2017/09/28/thestoop-the-power-season-4-recap/

Friend of the Podcast & West Indian Foodie Hafiz Gafoor joins #TheStoop as we review a survey compiled by the listeners & supporters of South Shore Ave, and induct Three meals, One drink, and One snack/appetizer into the mythical West Indian food Hall of Fame, plus more. https://southshoreave.com/2017/10/13/thestoop-the-west-indian-food-hall-of-fame/

Stacey Bafi-Yeboa (Owner/Founder of Kania) joins #TheStoop as we discuss her journey with her clothing line, the transition from a Broadway Dancer to a Fashion Designer, her breakdown of her runway show presentation at New York’s Fashion Week, and a lot more. https://southshoreave.com/2017/10/25/thestoop-the-kania-way-wstacey-bafi-yeboa/

Soca Legend Blaxx joins us on the Season 2 Finale as we talk about the early stages of his career, his views on the state of Soca Music & the direction that it’s headed, breaks down the makings of his most popular songs, plus a whole lot more. https://southshoreave.com/2017/10/27/thestoop-the-blaxx-interview/

*** Thanks for tuning in as always. Download current and past episodes and don’t forget to subscribe to the podcast and the blog below. You can also check out some of #TheStoop Season 2 episodes on iTunes, Google Play, & Stitcher for your IOS and/or Android devices. ******

To subscribe to South Shore Ave, click onto the Follow button, and enter your email address, or click onto the RSS Feed. Very special thanks to all of you for lending me your ears. To revisit Season 1 of #TheStoop, click the link here: https://southshoreave.com/2016/10/13/podcast-chill-all-episodes-of-season-one-of-thestoop-a-minipodcast-series/